Review: Childcare & Community Work in Jamaica by Morag A

Having decided to commit myself to a project for summer 2012 several months before my application, I spent a considerable amount of time deliberating over which destination would be most suitable for me. I spent a few weeks researching various places around the globe, and eventually decided upon Jamaica. Drawn in by the idea of beautiful beaches, worldwide renowned music, culture and food it seemed like a wise choice and a refreshing contrast to my home of drizzly Scotland.

When we eventually reached the house in Mandeville, we spent some time acquainting ourselves with our host mother. She was so warm and welcoming and the family as a whole really made an effort to make us feel as comfortable as possible. We were all highly appreciative of her taking care of us as it mustn’t have been easy to take in six teenage girls! After familiarising ourselves with our new surroundings, we took the opportunity to dump our suitcases and get some well-deserved rest ready for the day ahead of us.

On the first day of our placement at Bethabara Primary and Junior High School, I felt an overwhelming combination of feelings ranging from extreme excitement to anxiousness as to how the children would take to a batch of unfamiliar teenagers. However, my reservations were rapidly eliminated. As the group of volunteers filed gingerly into the school hall, we were faced with a sea of beaming faces. This moment has to be one of the most memorable of my trip, and I knew I had made the correct decision to come to Jamaica.

Within minutes of introducing ourselves to the children they were eager to ask us questions and bizarrely, requesting to touch our faces and hair. Our possessions were also of great interest to them, often asking to wear our sunglasses or use our cameras. On several occasions I flicked through my photo library, only to find numerous blurry close-ups of the children’s cheeky grins!

For the first week, half of the volunteers were assigned a class in the 7-10 age range, and the remaining half worked with the slightly older children aged between 11 and 16. Throughout the week we organised and took part in an array of different crafts, games and activities. A few examples include: making a ‘My life story book’, decorating pencil holders, planting a vegetable garden and some quiet time for reading. However, it seemed we spent a disproportionate amount of time playing their favourite game ‘duck, duck, goose’, which took me back to my days at primary school.

After finishing at the placement each day, our taxis picked us up and took us to the Projects Abroad office where we had time to rest and relax before embarking upon a group activity. Unexpectedly, taxi travel in Jamaica remains one of the most memorable factors in my experience. A group of 3 or 4 volunteers were allocated a taxi driver at the beginning of the fortnight who we would rely on to transport us around the island throughout our visit. My taxi driver was a real character and, like the many people I met in Jamaica, he was keen to find out about each of us and the country from which we came from. I will always remember the day he picked the group of us up and we all howled away to a powerful ballad, Whitney Houston’s ‘I Will Always Love You’. Many evenings, our taxi journeys left us reeling with laughter.

Following our placement, each evening the volunteers took part in an activity, the first of which was reggae dance class. Everyone attempted to replicate the Jamaican dance moves, however failed miserably but had great fun doing so! Other evening activities included karaoke, a volunteer talent show and a Jamaican food tasting session.

At the beginning of my time in Jamaica, the volume of food at each meal was a little overwhelming, however, it was really delicious. Over the two weeks, our appetites built up so much that the group in my house were having snacks in between meals! In some of our free time to explore the town, we tried out the famous Jamaican patty and jerk chicken. I would definitely recommend it!

At most meal times, our host mother would cook for us and she always produced amazing dishes typically eaten in Jamaica. All of us were very grateful she went to the trouble to prepare such lovely food for us. Personally, I always looked forward to breakfast in the morning; the cereal and oatmeal were so tasty. Having been home for a few months now, I am still scouting for similar cereal in my local supermarket!

At the weekend, the supervisors took us on a day trip to Ocho Rios beach on the north of the island. Unfortunately the skies were overcast, so the plan to sunbathe and top up on our tans was no longer an option. Instead, we partnered up and paid to go jet skiing. Having no previous experience jet skiing, I initially felt really nervous. However, I strongly believe you should throw yourself into every opportunity you are faced with and make the most of things, so volunteered myself to be first to drive the jet ski. Seconds in, and we were zooming across the open water, salt spray in our faces.

It was one of the most exhilarating experiences of my life, and it is moments like this I appreciate my impulsive nature! We got the chance to explore the beautiful coastline and cliffs, and took a quick stop further down the coast to drift with the current down ‘White River’. All in all, the day trip had been well worthwhile and I left with a wealth of incredible memories and eager to see what the following week would bring.

Week 2 of the placement, the volunteers switched groups, so I was now working with the older children. After a tiring first week, they were a refreshing change to the younger kids, as they were far more relaxed and manageable! We did a lot of crafts with the children, for example we made tie dye t-shirts, and put our efforts together to make a poster in celebration of ‘Jamaica 50’. On our second last day, we held a ‘mini Olympics’ in the school playground which seemed to be a big hit with the kids and volunteers. It was then followed up by a medal ceremony to award all the budding Usain Bolts’!

On our last day we organised an event for the children to show off their talents such as poetry writing or singing, to their fellow pupils. The show also involved the performance of skills we had learnt over the two weeks. There was a drama group acting out a sketch to promote some of Jamaica’s best attributes, which was followed by a dance group who shared with us some traditional folk dancing, and finally the sign language group performed a song. The final day of placement was more emotional, for both volunteers and pupils than I had originally envisaged.

On our final day before departing Jamaica, my host family very kindly offered to take the six of us to church. It was great to see the culture first hand and speak to local people at church, there’s no better way to integrate yourself into a foreign country, and get a feel for their culture and way of life. We were so fortunate to be visiting Jamaica at such a nationally significant time – amidst celebrations for Jamaica’s 50 years of independence.

As if that wasn’t enough, it was also the exciting few days prior to the beginning of the Olympics; of course Jamaica was gearing up to support their globally renowned athletes! Undertaking a placement in Jamaica proved one of the most enjoyable yet challenging experiences I have faced. I left the country with a multitude of incredible memories, brilliant new friends from across the globe, and a new found independence. There was no doubt in my mind that my decision to travel to Jamaica was one I would never regret. My time in Jamaica was truly a once in a lifetime experience, best described in the true words of a Jamaican, “One Love”. 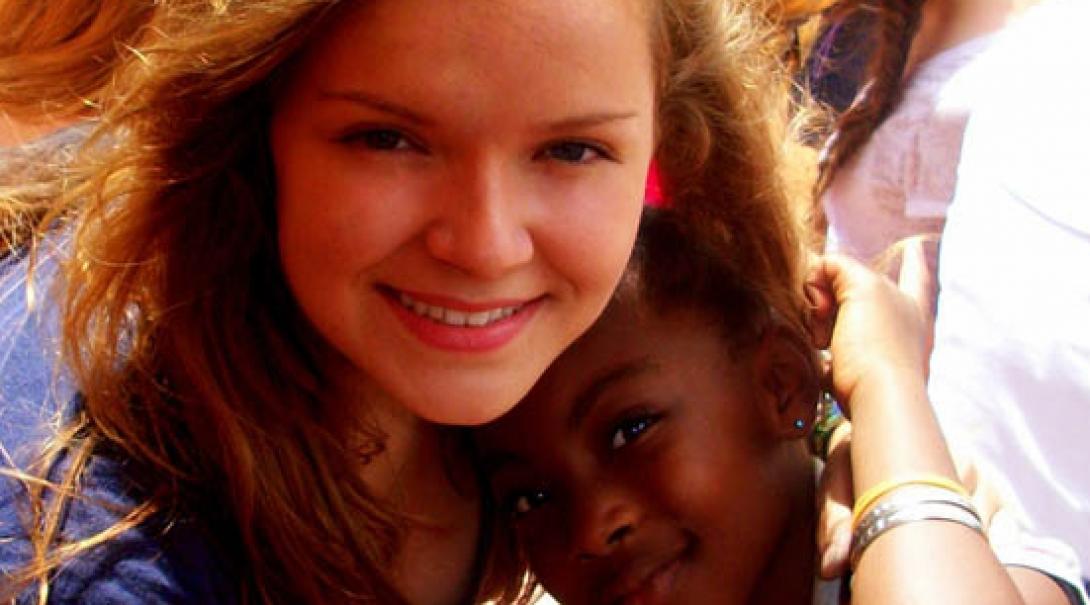 This review may include references to working in or with orphanages. Find out more about Projects Abroad's current approach to volunteering in orphanages and our focus on community-based care for children.