I was extremely nervous about my trip to the Galapagos. Flying from England to Ecuador by myself seemed quite daunting, especially as a first time trip by myself. However, I had been fully prepared by my Volunteer Advisor and other members of staff from Projects Abroad with whom I had spoken on the phone. On my 24-hour trip from England to Ecuador, I felt completely safe knowing I could call the emergency number at any time and someone would be there to answer and advise me on anything.

First impressions of the Galapagos

After a night in Guayaquil, where I was picked up and taken back to the airport by someone from Projects Abroad, I was eager to get to San Cristobal. Once I landed, I was met by William from Projects Abroad and he explained all about the Galapagos and the two weeks ahead of me, which made me feel even more excited.

My group of four all arrived on the island at different times, so William introduced me to my host family very briefly before taking me off on a small orientation of the island. I immediately fell in love with the place, from the sea lions which smelt (you get used to this smell by the end) to the people who greeted me as I was walking with William.

In the evening, my group and I went out for dinner with William. The food and company were amazing. Although I was slightly jet-lagged, so it was 2am while I was eating dinner, my group managed to keep me awake by making me laugh throughout the whole dinner. Afterwards, we went to a café to get dessert and we shared two volcano cakes between five of us. This was the perfect bonding activity and I then went on to eat four more of these volcano cakes over the next two weeks with all the friends I made in Ecuador. Sharing the volcano cakes was a perfect ending to a pretty much perfect first day.

In the mornings, we worked with children from a local school and in the afternoons on some days, we did painting at the school. We helped a teacher out in a classroom full of five and six year old children, encouraging them to work, helping where it was needed, but also running around and playing a lot of football with them.

The children made the placement so unbelievably special, as they loved spending time with us and asking questions about where we are from. One thing I will say is a basic level of Spanish will definitely make work at this placement a lot easier. The children in our class didn’t speak a lot of English, but we communicated perfectly and while we were there, we even taught them a few of the names of colours in English.

In the afternoons, we would return to the school and paint murals on the floor for the children to play with. This was incredible, despite my lack of artistic ability. As we painted, children who were playing at the school would come and sit with us, ask to paint, and would want to talk the whole time. I was astonished by how many children wanted to speak and learn more English from us.

One of my favourite memories was when a little girl, who I found out was five, came and sat next to me in silence. I asked her for her name, age, and other details about her, but she was very shy. However, once I told her I knew the Disney film, Moana, she came out of her shell and gave an in-depth description of a character from the film! She then proceeded to sing one of the songs for me and when I joined in (in English), she looked at me bewildered, hugged me, then ran off shouting “adios”. Moments like this made my time in the Galapagos Islands even more enjoyable. Every child in my class made me smile every day and leaving them was a very sad goodbye.

Staying with a host family in Ecuador

I stayed with a volunteer from my High School Special group and another volunteer who was teaching English at a local school, and we all became part of my host family almost immediately. We were made to feel so welcome by my host mum, who I often sat with and had long conversations with about where I was from and what London was like in comparison to Puerto Baquerizo Monero (very different!)

My host brother, who was 11, was honestly the loveliest person ever! On my first day in San Cristobal, he took me to the local pitch and we played football. He turned around to me and said, “You’re not too bad at football”, which I was very grateful for, but I think he was just being nice. Throughout my two weeks there, the two other volunteers in my house and me taught him card games and played with him regularly, which he enjoyed thoroughly. He even had me doing a maths puzzle with him!

My favourite memory with my host family is when I was playing a game with my host brother. We had to think of different categories, such as name, surname, country, fruit, and colour, beginning with a letter that my host mum would shout out. Given this was my first day, I was struggling along with my Spanish, trying to think of these different names in Spanish and not English. My host brother kept shouting, “I’m winning, I’m winning!” I don’t know how, but I managed to beat him on one round and he jokingly accused me of cheating. I don’t think I have ever laughed so hard. All three of us sat laughing for ages, but eventually my host brother won the whole game, which he never let me forget for the whole of my two-week stay!

Overall, I had the most amazing experience in Ecuador and I would recommend it to everyone. It was honestly a life-changing experience and for me, a perfect step towards independence before university. From the most amazing food ever to the children in my class, everything about the trip was perfect. I met the most amazing people in the Galapagos and the four of us on the High School Special Project became like a small family by the end. I miss the experience tremendously, but these are memories I will have forever. 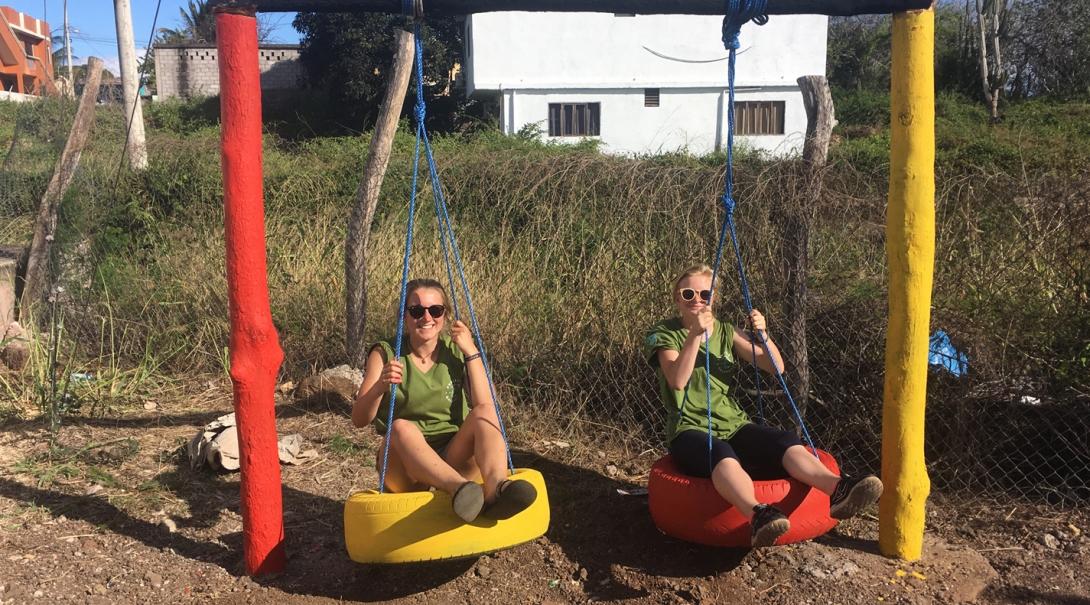