Hello there! My name is Hannah. In May 2018, I spent the month in Romania on the volunteer Archaeology Project. This was my first trip away without my parents or best friends, but I wasn't as nervous or anxious as one might think. Having had the trip booked for a year and a half, I was so ready to go.

About a month before I left, I received all the details of my accommodation. I'd had great correspondence with my Volunteer Advisor. He answered all my questions with ease and knowledge. He also did a phone call a few days before I was due to leave, which cleared up any last minute questions. Although my only one was, “Can I go yet?!”

For some reason, I didn't really have the sense to read up about the site I was working on (Lumea Noua), but I was given the best piece of information I could have received. It was Neolithic. My favourite period of history is Pre-history and because of that, considering I was expecting medieval, I was over the moon! I just couldn't wait to start the project already!

When my second plane finally touched down in Bucharest, Otopeni, at six in the evening, I was relieved to stretch my legs. However, I was then picked up by Daniel and I sat in a car for about two and a half more hours. We drove from a bustling city through quiet forests, misty towns, and tiny villages surrounded by trees. I saw fields and forest graveyards with plain white crosses. We passed by mountains, shrouded in fading darkness but still visible enough to see the leftover snow on top of the skiing peaks.

After a quick stop off at a service station for dinner, we carried on. Soon after, we reached Brasov where I spent the first night with a host family. Considering it was my first experience of Romanian culture and people, and it was approaching a rather late nine pm, I was ready to call it a night.

However, the couple who took me in were lovely and we had a good laugh attempting to communicate via a translation app while sitting over a small black coffee. That was more of a shock at first, since I don't usually drink black coffee, but they were excited to tend to me and kept insisting.

That night, I turned in early. I tossed and turned and discovered I couldn't sleep. It was then I experienced my first case of homesickness. Thankfully, I wasn't actually sick, but it took me a while to reassure myself my parents were just a phone call away. Eventually I slept and I awoke suddenly the next morning at around ten.

I got a call from Razvan, a Projects Abroad staff member, who told me his colleague, Alex, would be on her way and with me at about eleven. She turned up and we headed off towards the bus stop. As we had a bit of time, we drove around the long way, through the old town. She opened my eyes to all the different types of architecture, from the original medieval to Roman to the communist brickwork. It was a really interesting thing to learn. I found myself noting all the same styles in different towns I visited.

We had lunch and then I got onto the bus that would take me to where Diana would pick me up. I was excited, but that didn't stop me from looking at all the sights as we passed by Romania on the four-hour journey. All the flowing green landscapes were gorgeous.

Four hours later, I arrived in Sebeş. I met Diana and we headed off towards Alba Iulia, my home for the next four weeks.

My first evening in Alba Iulia

My first evening in Alba Iulia was met with wonder. It is such a beautiful town, so historical and yet it still has a modern vibe. The best thing was that I realised there were no tourists. I was the only tourist until I met up with my room-mate, Nikki. This was nice, since most European countries I'd been to (such as Spain and Greece) were heavily tourist based. I settled into my hotel, Hotel Fan, and met the girl I'd be talking about travel with for the next month.

That evening, as per tradition with Projects Abroad, we all went out for an evening meal and I got to see the main shopping area in Alba. It’s called the Boulevard and is behind a gorgeous park, which features a fountain called the Kinetic Fountain. On the other side of the park is the famous Citadel. It wasn't lit up that night, but it does get lit up in yellow lights at around ten pm on occasion. This is another site in Alba I'd love to see one day!

Again, due to intensive travel and the exhaustion of taking in every detail of a new place, I had an early night. That way, I was ready for my first day on the dig site at last.

The dig site honestly completely exceeded my expectations the first time I saw it. I was expecting to see a few trenches and not feel excited about it. What I got was an incredible giddy feeling that what I was looking at was literally Neolithic artefacts. One of those trenches turned out to be a house complex, with a wall and all. Those are apparently very rare. By the end of working on that site, it was an extremely exciting thing to know that we'd dug there and unearthed everything that was left in situ, including nearly a full cow skeleton!

As you could understand, I felt very much like Tony Robinson and his team from Time Team digging up the stories of the past. I kind of expected Neil Oliver to come in with all his archaeology knowledge and Scottish accent. Unfortunately, that didn't happen. But I did learn so much while on the dig sites.

I'd spent two years of college learning the theory of archaeology and seeing the end results in museums and in class, but now I got to fully experience the physical work of what I'd learnt all about. The feeling was amazing. I find myself randomly just wanting to shovel and dig all the time now!

The archaeology team out there were outstanding. They were so welcoming and knowledgeable. They told us everything we needed to know and they answered all the questions we had. What I found nice was that in some situations, the archaeologists said was what we were looking for and they told us to find it. They didn't limit us just because we were volunteers who had no experience. It was the greatest thing anyone could've done, although it was slightly scary at first.

I was a little bit sad that the week after I left, I got told they found a child skeleton in situ. I was gutted I didn't get to help excavate it, but there's always next time. And there will definitely be a next time.

My free time in Romania

During the four weeks I was there, Nikki and I both agreed we should go and sightsee as much as possible. Since we worked all week, we could only go during weekends. However, we did see the Citadel in great detail, as we walked up there after working at the dig site on a lot of the days.

On the third weekend, we booked a tour guide and went to see both the Sarmizegetusa sites. Regia was an old Dacian fortress and the other, Sarmizegetusa Ulpia Traiana, was a Roman town. In between those sites, we visited Corvin Castle up in Hunedoara country. It is a beautifully made Gothic castle and our tour guide knew a lot about it, including titbits of information you wouldn't get elsewhere. We were a bit upset that we couldn't go and visit Bran Castle but as I said, there's always next time.

We visited the town of Sebeş during our second weekend there. We were disappointed with the town to be honest. A lot of the museums I'd read about had closed down, so we saw a couple of open monuments, had a few drinks at several coffee bars, and then went back to the hotel. But we still spent the day out and about and I'm glad we did it.

All in all, we pretty much know the town of Alba like the back of our hands by now. We visited a couple of other locations as well, so we were happy with all that we managed to do. The country of Romania is beautiful, absolutely outstanding! And that's not just because in smaller villages and towns the ideal mode of transport is a horse and cart.

When my time in Romania eventually came to an end, I was sad to know I wasn't going to get to dig on an archaeological site for a while. But I tried to squash that feeling as I booked a two night stay in a fancy hotel right by the airport on the last weekend. It was definitely a good choice. I got bathrobes and a pair of slippers, a mini bar and a pool. Since it was so cheap, it was lovely to experience an amazing last few nights in this wonderful country, after having had such a great time already.

Since I arrived in Bucharest a day early, I thought it was a perfect opportunity to explore the capital a bit. So I visited the National Museum of Romanian History, walked around the little vintage streets, saw the infamous CEC Bank 'palace' and went and had a look at the University of Bucharest. The main building was beautiful and lived up to my expectations.

Due to bad planning, unfortunately my phone was severely running out of battery by about three pm that day, so I had to use up the last of my power to get an Uber back to my hotel, as many taxis you find off the street take advantage of an English tourist and overcharge. By the time my phone had gained most of its charge back, it was too late to go back out again. However, I've decided I'll spend more time in Bucharest next time and properly experience the culture there.

When the day of my flight came, I took the airport shuttle from my hotel to the airport and went to check in using the self-check in area. I eventually got to drop my luggage and had some lunch. My two flights home were relatively uneventful, although I did experience the horrifying event of thinking I was nearly missing a flight. I had to run between terminals (they were almost in two different buildings) only to end up at my gate to find out they only just started boarding because of many connecting flights coming in late.

But nothing could dull my mood after the stress of the changing flights left me, and pretty much three weeks later I am still on a high from Romania.

If you're having doubts about doing an experience like this, don't doubt. Especially not if you're thinking of Romania. Go, do it, be independent and be free for a short while. It's well worth it, trust me. 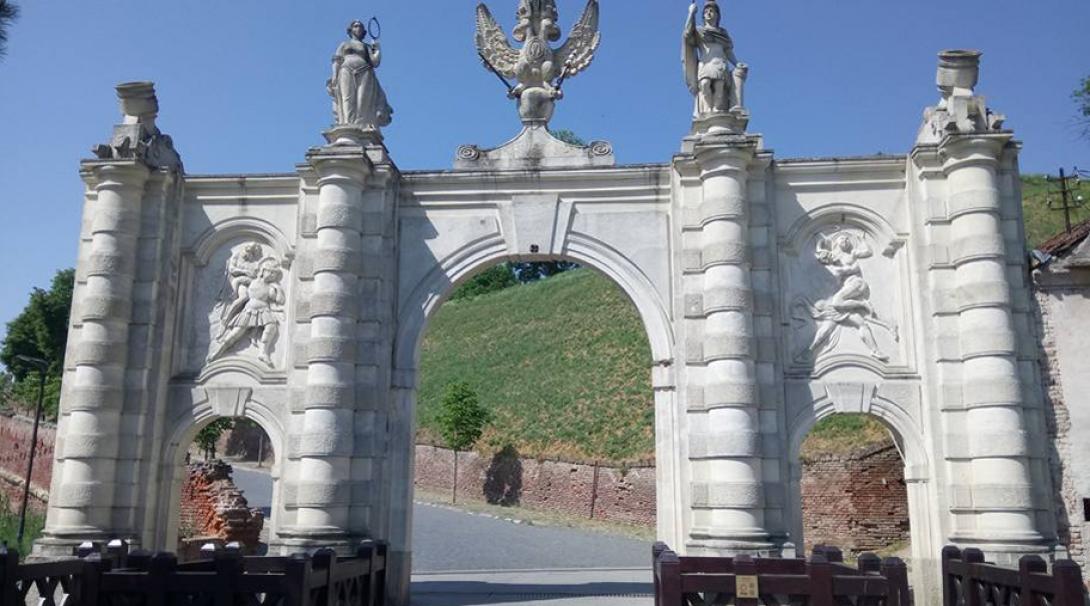